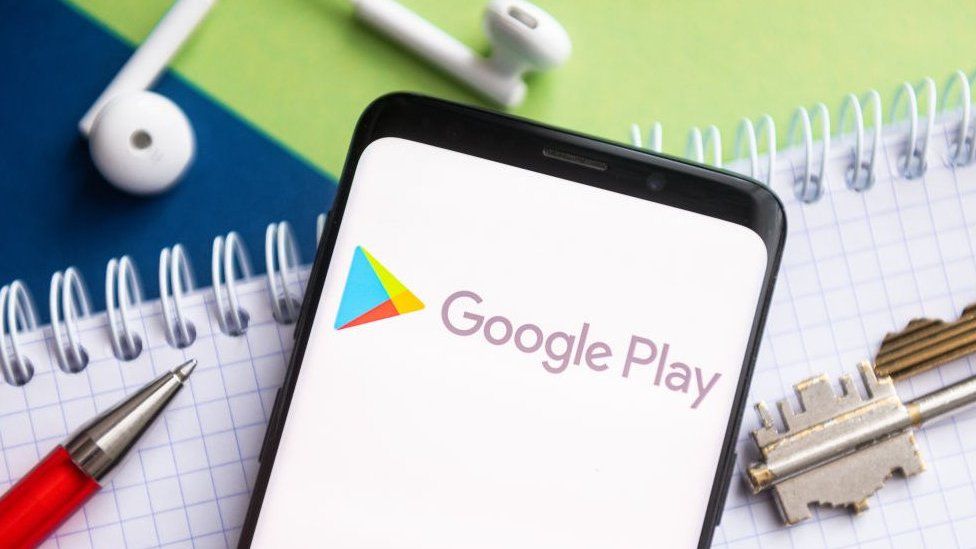 Google is being sued by 37 US states over policies on its Android app store, Google Play.

The lawsuit claims that the tech giant has used “monopolistic leverage” to generate large profits from purchases made within its own store.

It also claimed Google had bought off its competitors.

Google said that there are rival app stores for Android devices, and that apps can also be downloaded directly from developers’ own websites.

The 37 states involved in the legal action include New York, Tennessee and North Carolina, as well as Washington DC.

It criticises the commission Google takes on purchases made within Google Play, which can be up to 30%, in line with Apple’s App Store policies and the stores of other rivals such as Amazon and Microsoft XBox.

In 2020, Google’s gross revenue from Google Play was $36.8bn (£26.7bn), reported Statista, while Apple chief executive Tim Cook has claimed not to know how profitable the App Store is as an individual entity within his company.

Google also says that 97% of developers do not pay it any “service fees” at all because they are not selling digital products within their apps.

“It must stop using its monopolistic power and hyper-dominant market position to unlawfully leverage billions of added dollars from smaller companies, competitors and consumers beyond what should be paid.”

Charles usually likes to read some scientific and technological articles, in order to keep updated with the latest progress in human knowledge. However, he also adores reading books about adventures, mysteries, and survival stories. This helps him widen his perspective and get rid of the boredom that comes from a too-ordered life.

UK and US join forces to strike back in cyber-space

What Are The Key Reasons For Using The...

Which Lightning Cable Do You Need to Charge...

9 Reasons Why The Linear Power Supply Is...

How to Become a Professional Pressure Washer

UK and US join forces to strike back...